How is Diesel Fuel Made from Crude Oil?

You may have previously seen our infographic “The Journey from Crude Oil To Diesel”, but here at FuelTek we wanted to expand on the points we previously made. Diesel is an important factor in running fleets and managing our businesses, so we shouldn’t brush over the importance of the engineering and science that goes into it. So, what is the journey that crude oil takes once leaving the seabed?

Before we begin the process of oil extraction, it needs to be discovered, and this can be a difficult due to its home beneath the earth’s surface. In fact, the oil is found in an ‘oil reservoir’ which looks similar to any other rock formation. The pores in which the oil is found in this reservoir are so small they could only be seen through a microscope, so how do they find it?

Geologists mainly use devices that utilise infrared signals and sonars which detect possible flowing oil. They can also measure the density of the rocks through radio waves. Depending on the speed in which they reflect back, there could be an oil reservoir beneath.

Once they have discovered an area, a scientist will survey the area again to make an assessment of the seabed surface and confirm preparations which need to be carried out. Dependant on the circumstances the platform or rig may need to be fixed to the seabed or it may float. Some other types of oil platforms include:

The drills which are attached from the rig or platform must travel through numerous tough surfaces to eventually get to the crude oil pool. It has to drill through the seabed initially, then through several layers of sedimentary rock layers and impermeable rock (not porous). Therefore, the drills tend to have a strong steel casing around them to avoid erosion and increase structural integrity.

The oil is so far down in the layers due to them being formed from living creatures and plants many years go. Crude oil takes millions of years to begin to form, which is why it is a finite resource. The heat and pressure and absence of air causes the animals and plants to convert into oils, with gas also being produced.

Once the well has been drilled through these many layers, the oil is extracted through motor powered pumps. These also have a steel casing. 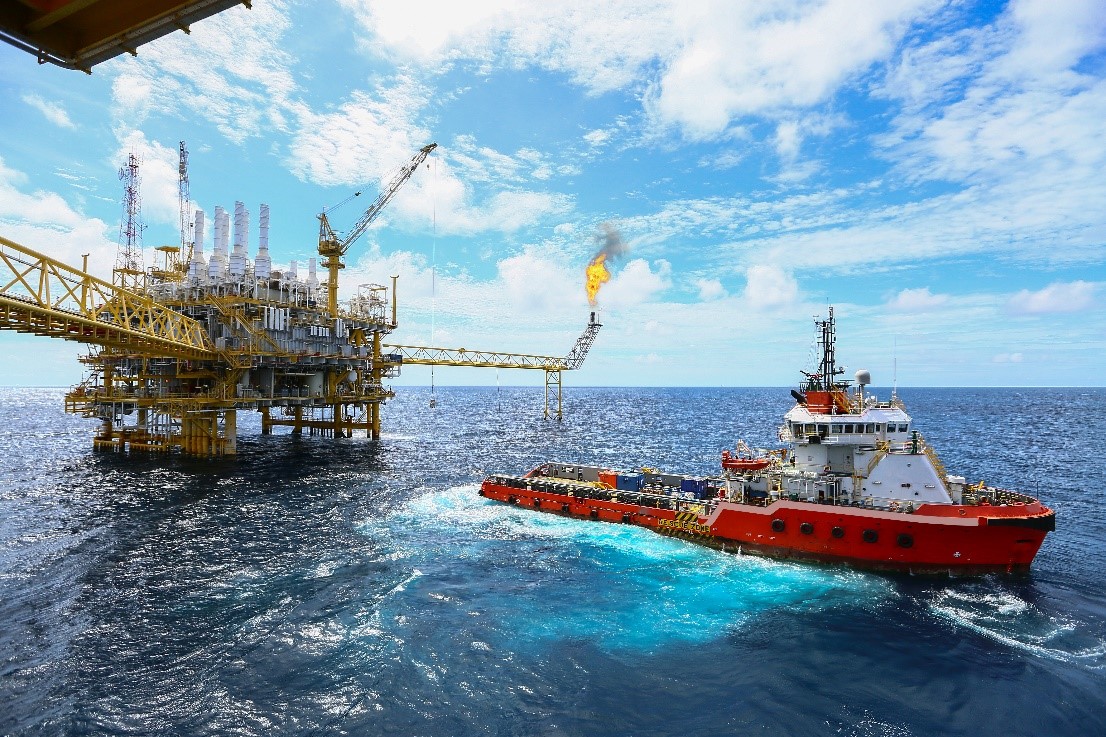 After the oil is extracted from under the seabed, it will then be transported to the refinery. This is done by either truck, trains, boats or most commonly pipelines. These pipelines go from the wellhead, all the way to the processing facilities and are mainly used as they require less energy to operate compared to other methods, along with creating a significantly lower carbon footprint.

Once transported to the refinery, the crude oil needs to be heated to around 400 Degrees Celsius after being fed into the fractional distillation system.

The process of fractional distillation is the method of separating the solution into various parts, or fractions. This is important to extract the correct parts of the liquid to be able to create what we know as diesel. The container which the heated crude oil enters has several condensers coming off at different heights. Substances in the crude oil which have higher boiling points condense at the bottom and the lower ones at the top. Because all the components of crude oil have different boiling points this separates out the substances.

The main fractions in the fractional distillation process include (from lowest boiling point to highest):

The hydrocarbons which have a high boiling point, make for better fuel solutions due to the large hydrocarbons being volatile, easily flowing and easily ignited. As you can see Diesel oil is low down in the distillation process with a higher boiling point and larger molecules.

The heavier liquids (which are the hydrocarbons with higher boiling points usually) are in less demand from customers, therefore go through another set of processes called ‘catalytic cracking’ to make them lighter. This is where the hydrocarbons in the liquid are broken down much smaller. Any impurities are than removed from the fractions the elements are combined as desired.

The final product is then transferred into barrels and then transported to the tank trucks, to be delivered to the pumps where we get out much needed diesel.

Without this process, industry fleets, transport related companies and other similar workforces would be lost. If you depend on this to keep your fleet running, a diesel fuel pump, a fuel monitoring system, a fuel management system or a fuel storage tank could be a fuel-saving solution to keep on top of your diesel usage.